TRY ROWING is Robs’ highly successful annual outreach and talent development programme that takes place at various local state schools in and around Cambridge as an after school club.

It is also the only outreach rowing project in Cambridge to date. 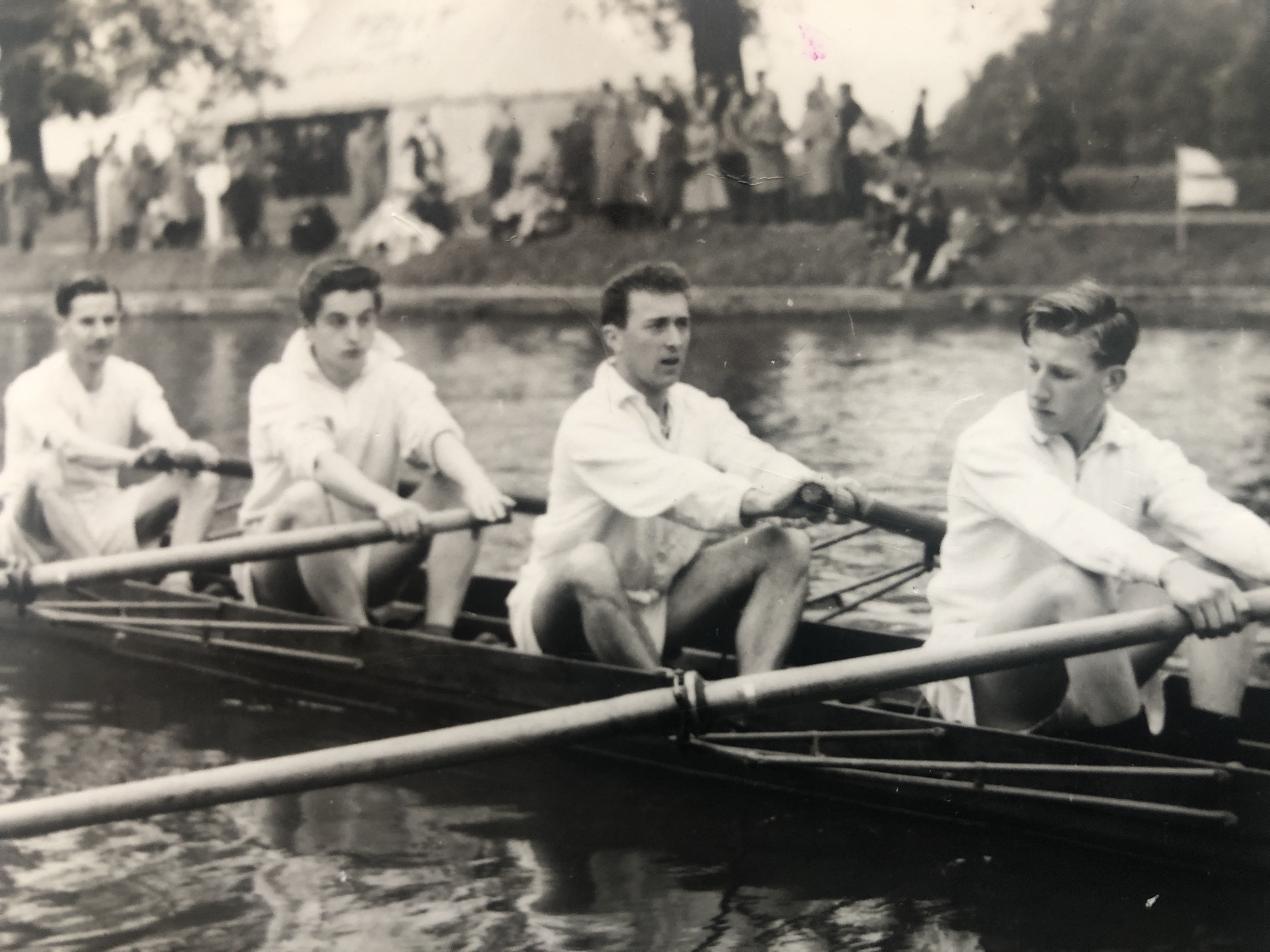 Thanks to a generous donation in memory of Curly Galbraith, our Try Rowing schools outreach programme has been secured for the next five years.

Curly, a long-standing member of Rob Roy BC, launched the Club’s Junior Squad in the 1970s, resulting in an almost continuous line of Rob Roy juniors representing GB ever since.

TRY ROWING is Robs’ highly successful annual outreach and talent development programme that takes place at various local state schools in and around Cambridge as an after school club. It is also the only outreach rowing project in Cambridge to date.

TRY ROWING allows Robs to go back to its own grass roots. It’s inclusive approach allows Robs to bring young people into the rowing community who otherwise would never have been exposed to the sport in their everyday lives. TRY ROWING started some years ago in 2015 as a small project whereby a representative from Robs would go to various local state schools to publicise the ‘Learn to Row’ programme that Robs ran over the school holidays. This was a one week programme where young people completely new to rowing could try the sport out, but in their holiday time. While this initial outreach programme encouraged a few young rowers, Robs found it more difficult to motivate the youngsters in a one week sports programme during their holidays time as it required them to be up early each day. Learning from these initial problems, the following year Rob’s suggested running it instead as an after school programme. This was then rolled out as a newly designed programme renamed TRY ROWING and paying homage to our home city of Cambridge, replicates the Boat Race as part of its programme. TRY ROWING uses the model of the Boat Race by pitching the schools’ teams against each other in a race to the finish. In just one week of training, these young rowers learn to become good at getting in and out of a boat, to steer around corners, to listen to orders, to concentrate, to put the team first before themselves and to push themselves physically to places they have never been! And, all in a few hours as part of a daily after school club in the first half of the Summer term. The school teams use trainer boats at Milton Lake and having sole use of the lakes, the coaches are able to see all the rowers on the water at the same time. Milton Lakes is close to Cambridge and when not on the water, the rowers take part in fitness training at the Lakes on rowing machines. The week concludes with a final boat race which features a school v school relay in trainer boats. A great atmosphere is created with attendance of friends and family, and senior figures in the rowing community. Following the race is a medal ceremony, where the winners are presented with their prize and the crowds cheer for their teammates.

The Boat Race referred to is the internationally famous race where the Oxford and Cambridge University crews battle it out on the Tideway in London typically at the beginning of Spring. This year’s race is on Saturday 24 March 2018 and thousands of spectators will line the Thames to cheer the university crews on. The race is framed by years of tradition. Mention rowing enough and the Boat Race is sure to make an appearance in the conversation; it is one of sport’s most popular and well known events. The fact that these two prestigious institutions, known for world class excellence in all their subject areas, are established rivals perhaps creates the atmosphere of excitement and anticipation. Perhaps more importantly it is a gruelling race on a particularly unpredictable part of the river Thames and a challenge for the best of rowers. It is also has a reputation for being an elite event, for elite athletes who attend top universities, but Robs Juniors know that you don’t have to be part of any elite to row with Robs or to try rowing out with TRY ROWING. Rather, it’s more about hard work, perseverance and sportsmanship.

Robs continues to use this association with the Boat Race and the historical links of rowing with Cambridge, to widen the appeal of rowing generally. Robs believes that by widening the appeal of rowing there is the potential to increase the pool of oarsmen and oarswomen going forward into universities and senior squads throughout the country. Robs training takes juniors who have never sat in a boat and supports them as far as they want to go, and including trials for the national squads. Robs’ TRY ROWING program reaches schools rowing usually does not usually reach. It also targets children who otherwise would not do sport or who could not afford to take part in sport, by working closely with the schools and the teachers and the results are truly impressive. Of the group of talented young rowers who participated in Try Rowing 2017, four girls were awarded scholarships for the Rob Roy Junior Club. Of the 2016 Try Rowing programme, two boys achieved scholarships and within one year were competing at national level at the British Championships in Nottingham,  making it through to the second final! Similarly, the year before 2 young rowers made it to scholarship and are now racing at national level.

Last year’s TRY ROWING 2017 worked with four local schools and from this year’s programme, eight new rowers joined Rob Roy’s Junior crews. This is from the 48 children who take part in the programme, who have been selected from the 300 or so children who attempt the physical tests they are required to pass in order to get onto the programme. This includes a sprint on the erg machine, as many press-ups as they can do, holding plank position for as long as they can and sitting at the wall for their longest time.

Rowing is a sport not currently offered in state schools in Cambridge but TRY ROWING demonstrates that rowing has an appeal to children who might not think of themselves as sporty but who discover that they enjoy challenging themselves physically. Several current members of our juniors who graduated from an earlier Try Rowing program were self-confessed ‘couch potatoes’ and now push themselves in the gym or on the water 6 times a week!

Rowing provides psychological support for children, as do team sports generally, and we have observed how our juniors come through the ranks from TRY ROWING to Performance Squad crews, developing great confidence and sportsmanship as they mature as young people and as young athletes. And not only do our coaches see advancements, but parents and teachers also comment on the improvement in their child or their pupil’s overall development. Parents of our rowers from the TRY ROWING programme have commented on how much more focused their son or daughter has become since taking up the sport and how this improved focus is not contained just to rowing. Parents have gone on to say how their children’s focus on their academic studies as also improved alongside their commitment to rowing and their commitment to their rowing crews. Similarly teachers report that they have seen some of their pupils take great leaps forward in their general approach toward school, toward studies and their self-organisation. Teachers have been so encouraged by the results of our TRY ROWING programme that they ask us back year after year saying it is the one of the key events they and the pupils look forward to each summer.